A criminal couple on the run from the FBI meet one last time to reminisce about their most epic heist.

Filmed during the uncertainty of Covid during October 2020, this short film is an offshoot of my TV pilot "Barb" and evolved from a zoom performance to in-person. The restrictions of Covid heightened the feeling of wanting to reach out to someone you haven't seen for a long time, to embrace them, but due to circumstances (time, in the case of The Getaway), it's not possible. We played on that feeling and utilized the cars not only as reminders of their past but also barriers between them - physically and emotionally. With my trusted, experienced crew, and the help of my family, we were able to safely shoot a period film during a very strange time in a global pandemic.

The Getaway is off and running to festivals. Enjoy some behind-the-scenes photos and stills from the film below. 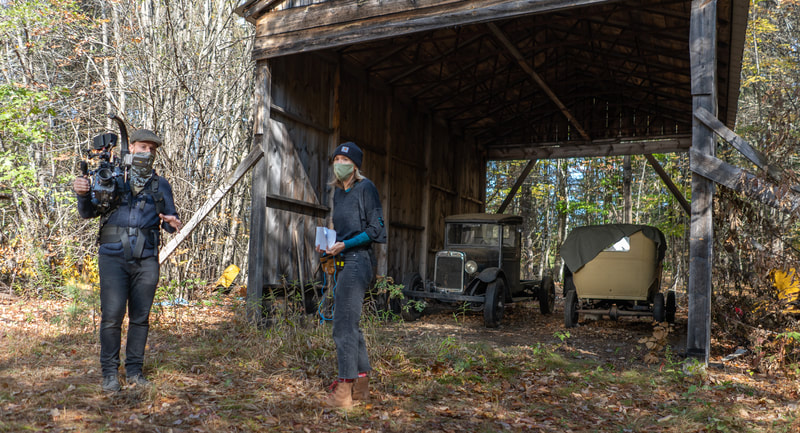 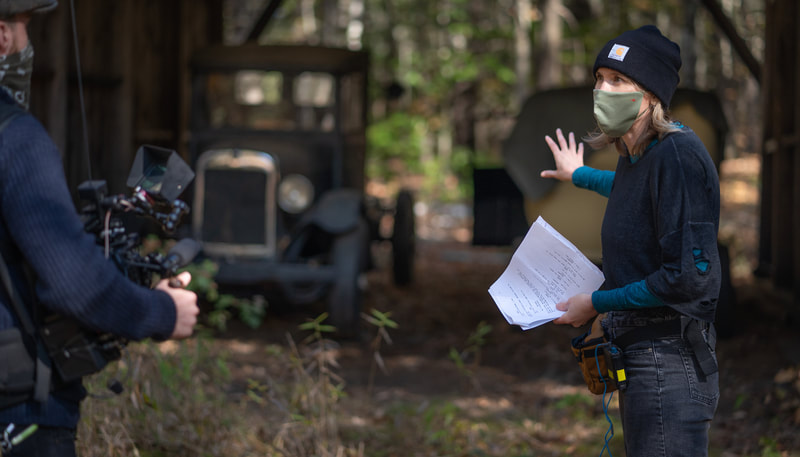 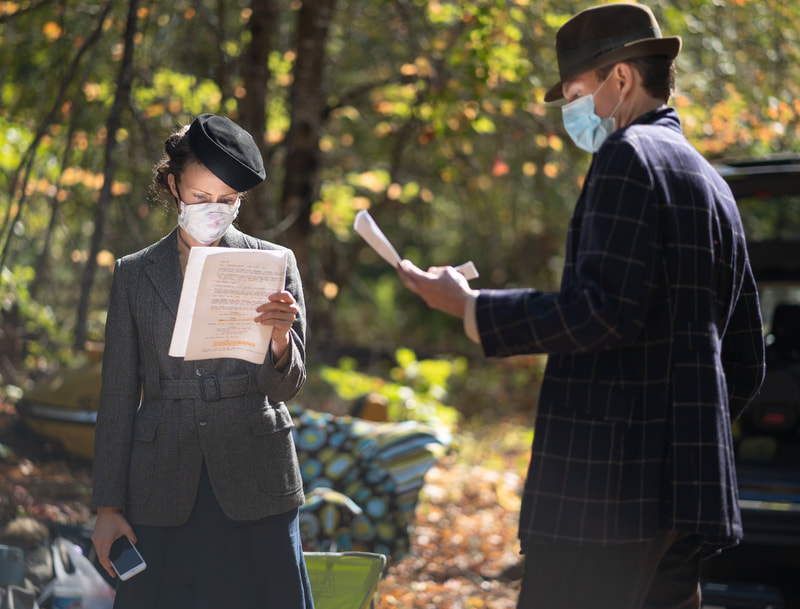 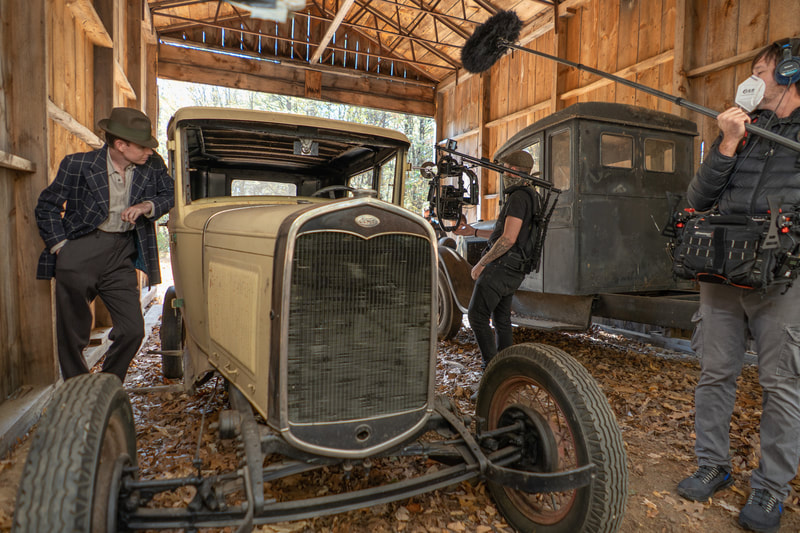 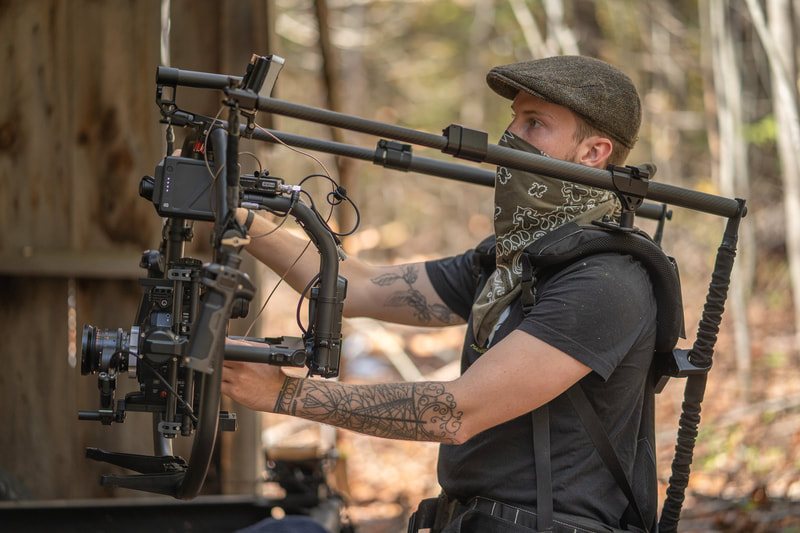 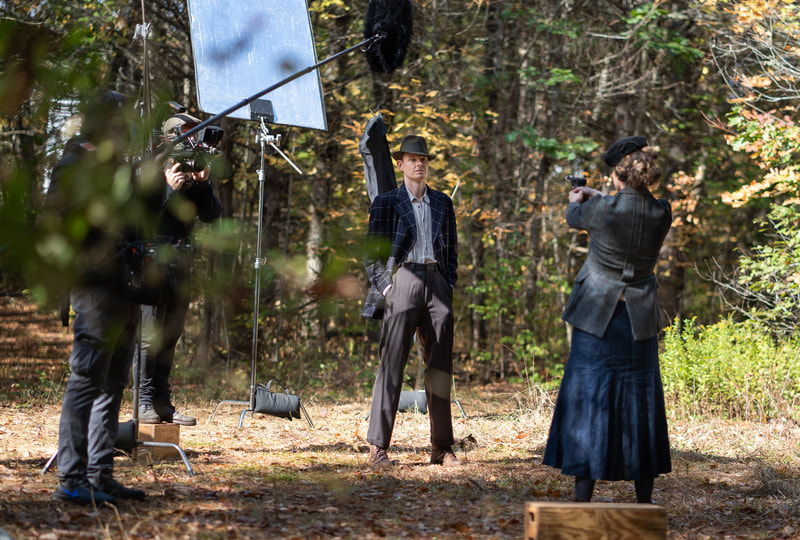 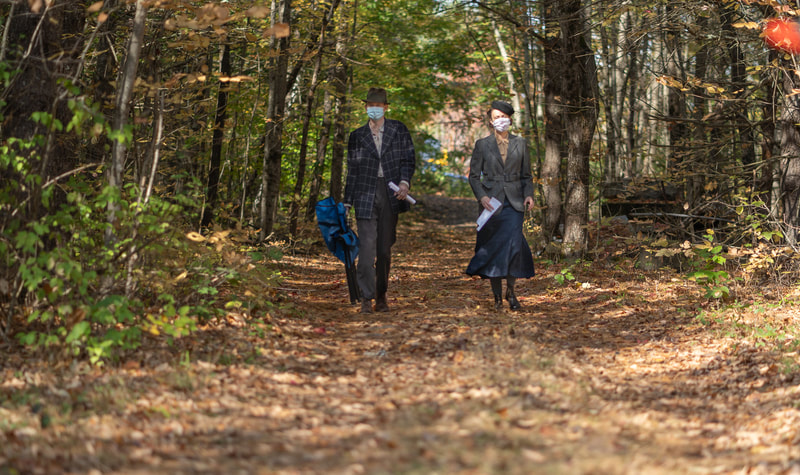 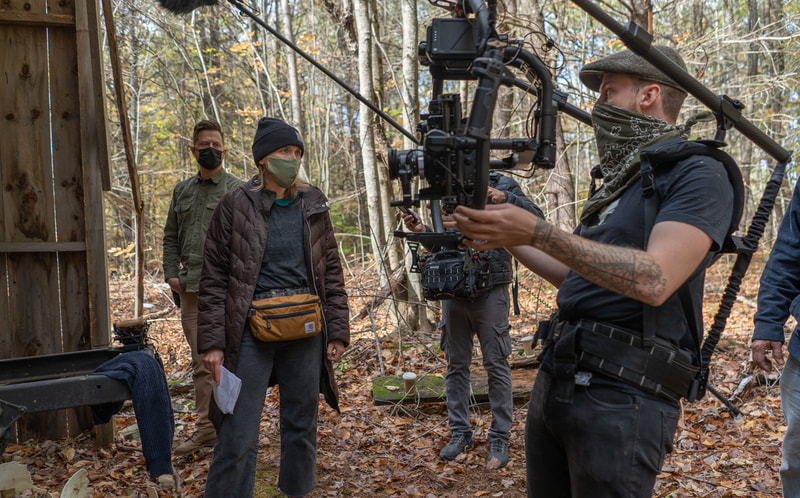 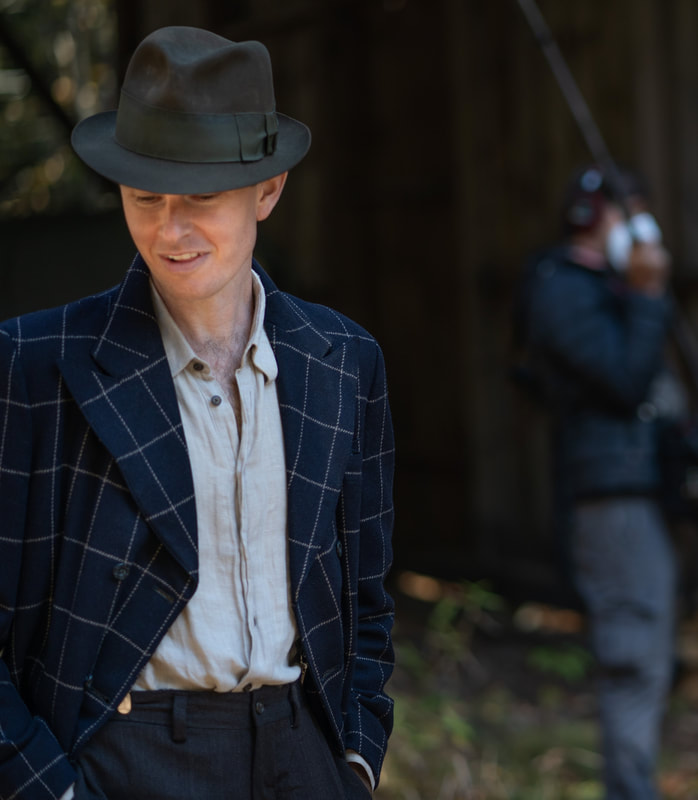 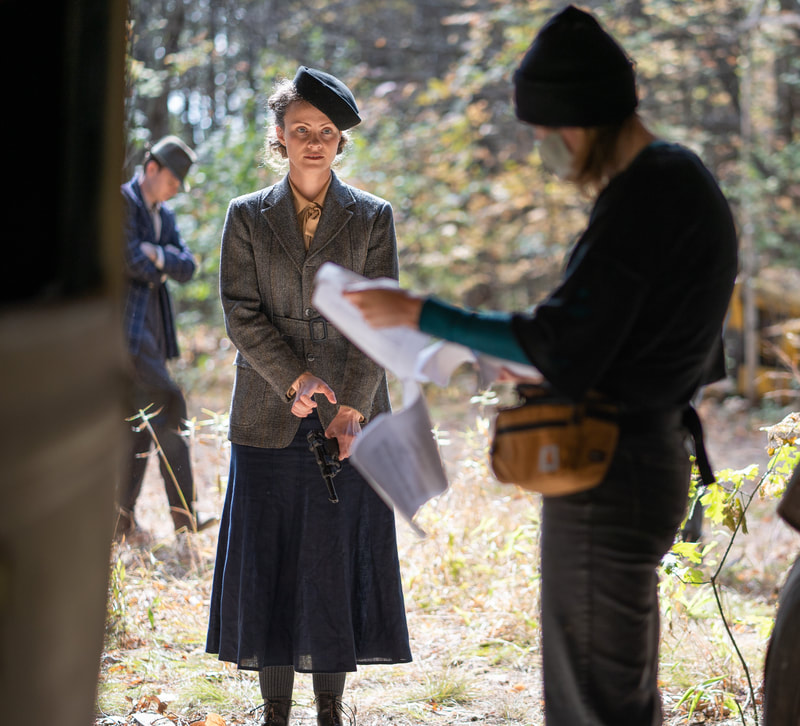 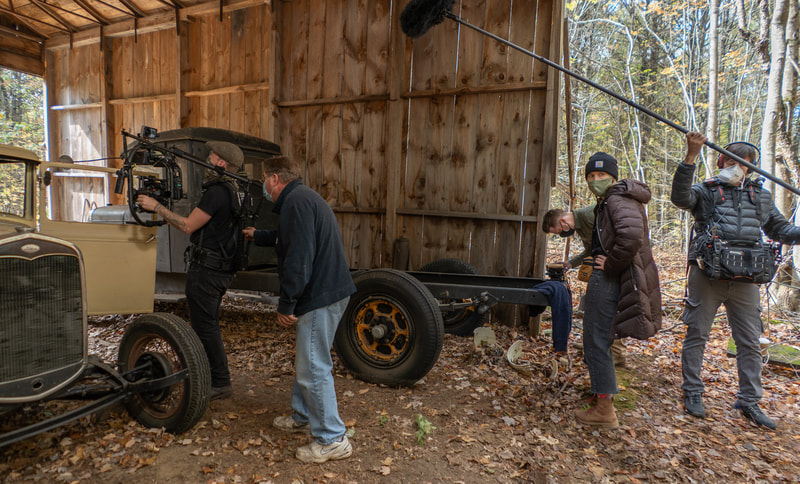 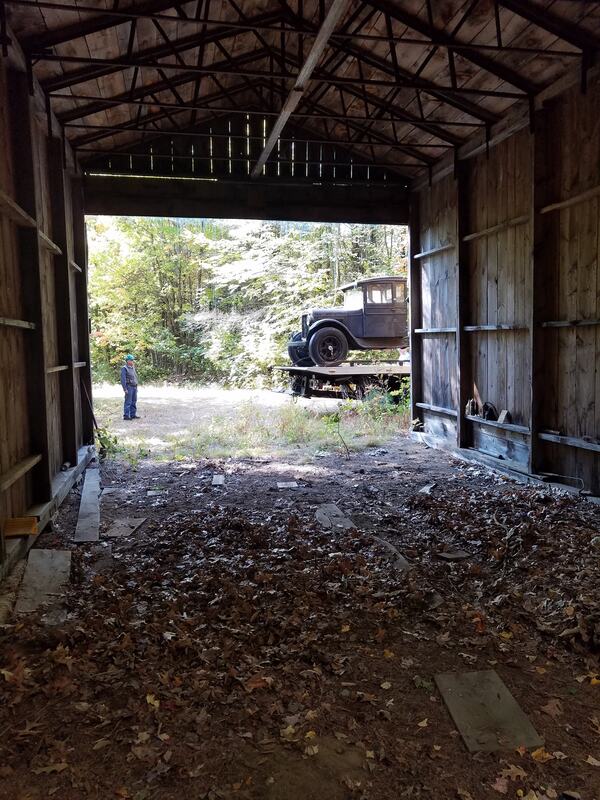 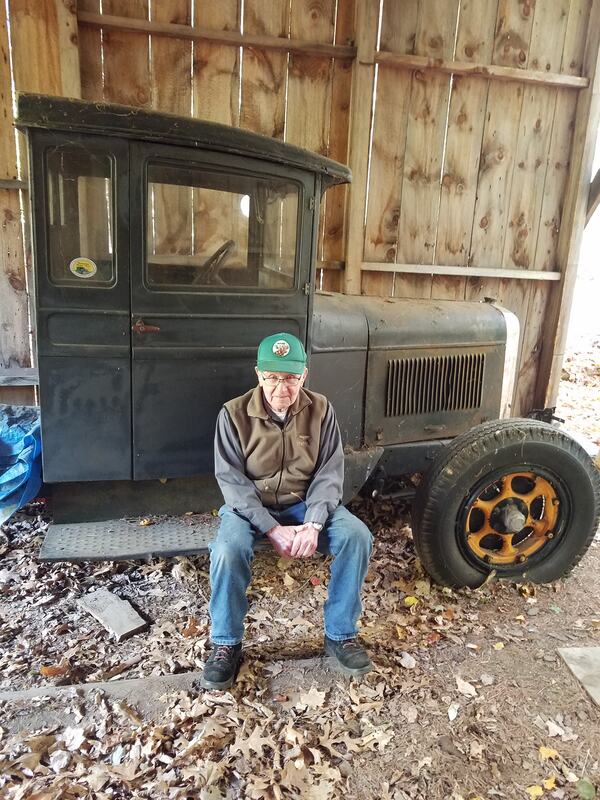 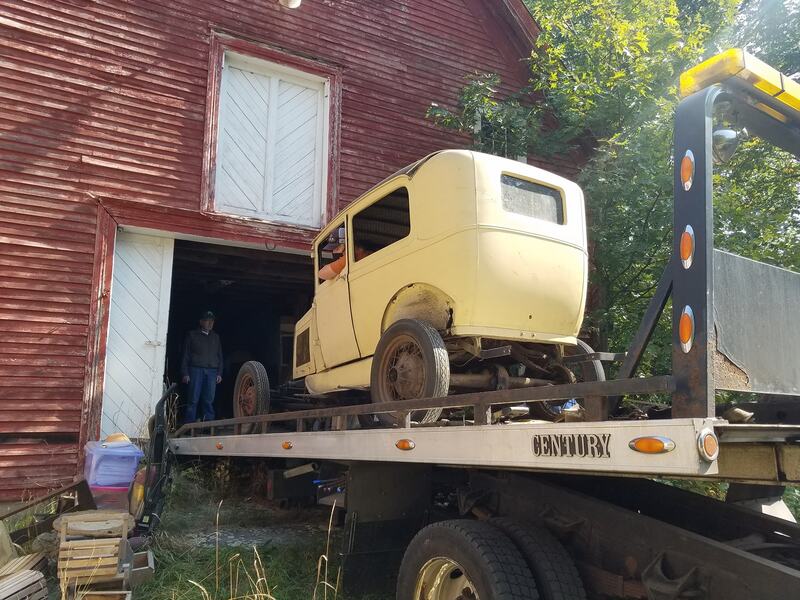 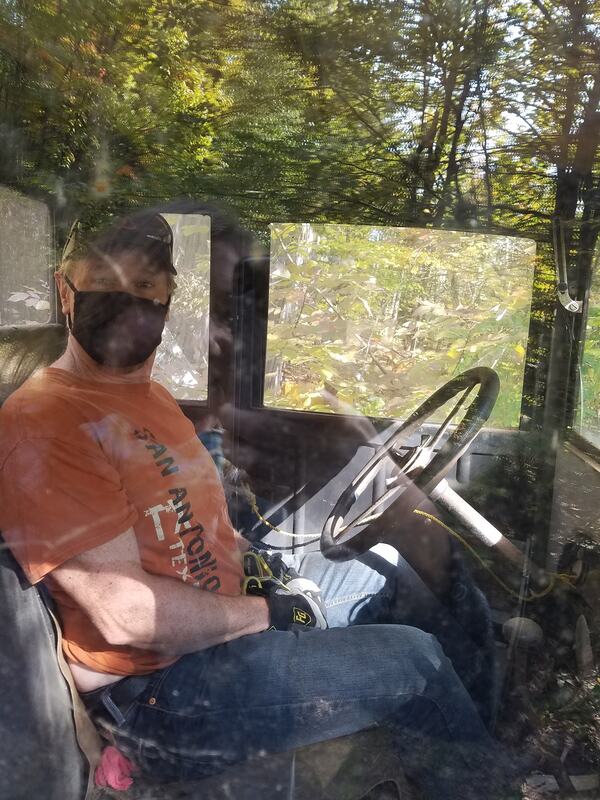 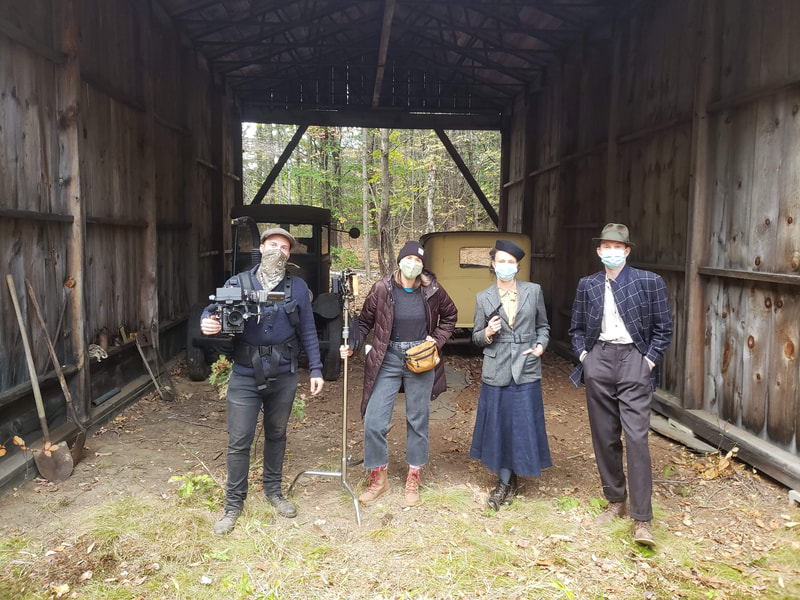 The 1930s were filled with wool and lots of hats for both men and women. Women's styles drew on men's fashions. Men wore hats and blazers even when working in the fields - there was no leisure or work wear. Even though Barb is on the run, she would not want to appear "unkempt" for the time. Meanwhile Michael still has some city in him. He's had to leave his old life of crime behind but he's still a little gangster. Christine Marshall, the costumer, found a window pane jacket reminiscent of a classic gangster style for him. Photos of the FBI from the time show them in long jackets, ties and vests. 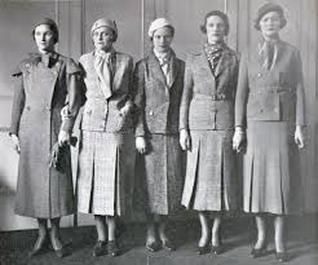 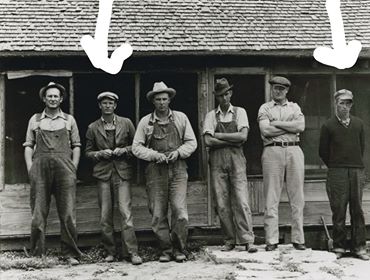 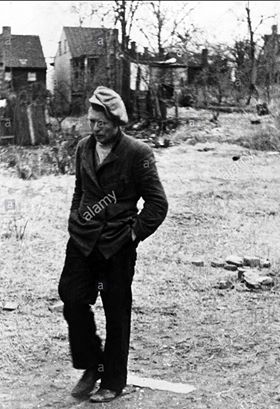 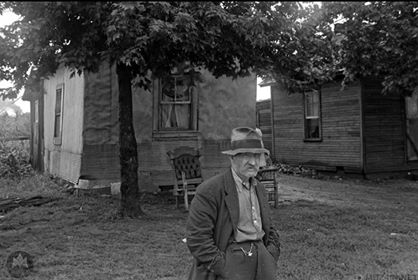 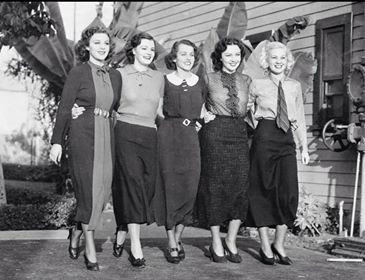 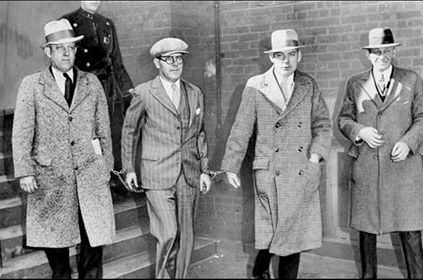 In addition to grey and green, the color palette includes the colors of the trees and just a pop of red in the radio flyer wagon, and the FBI agent's tie (with specks in his jacket).

My grandfather, age 90, appears in the film at the beginning. Born in 1930, and a collector of antique furniture, historical items and cars, he served as a consultant (in addition to his cameo!). Seen below - My grandfather in the 1930s as a little boy in overalls (smallest boy in the front row), and a still of him from the film at age 90, also in overalls. 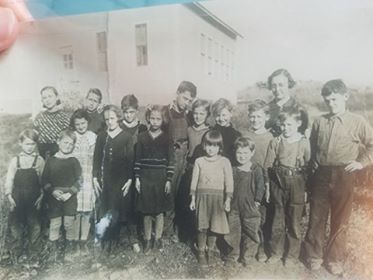 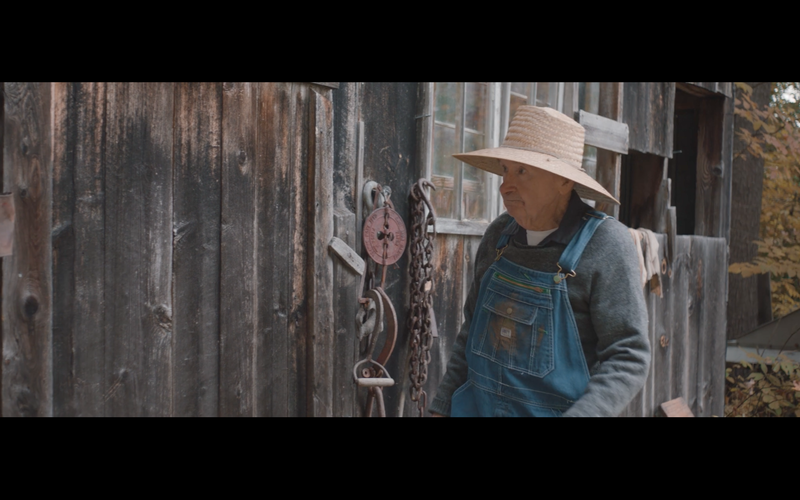 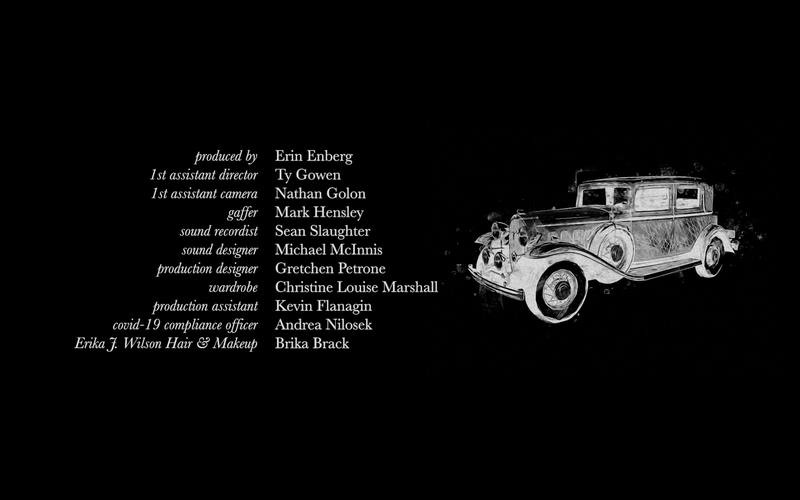 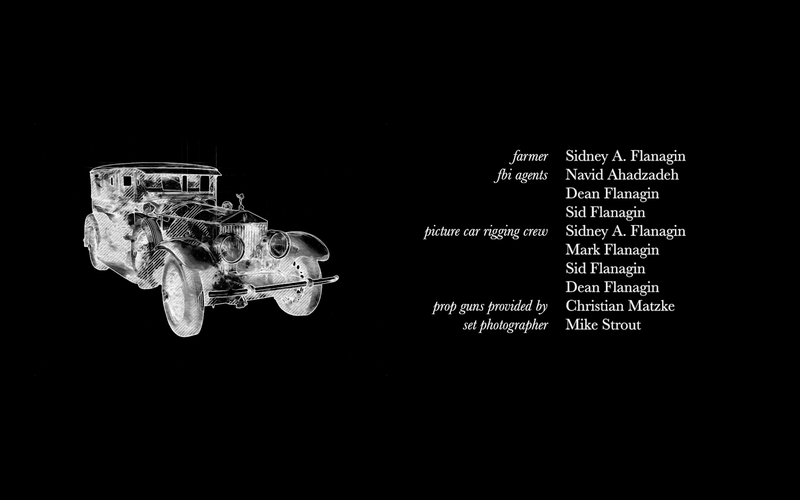 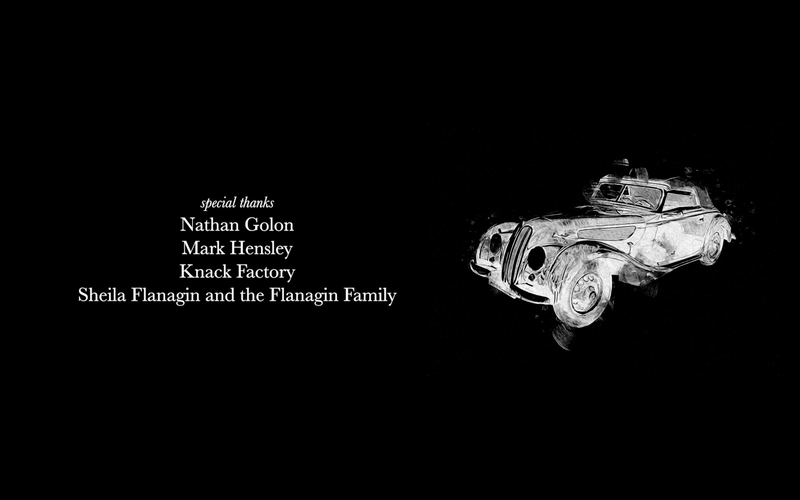 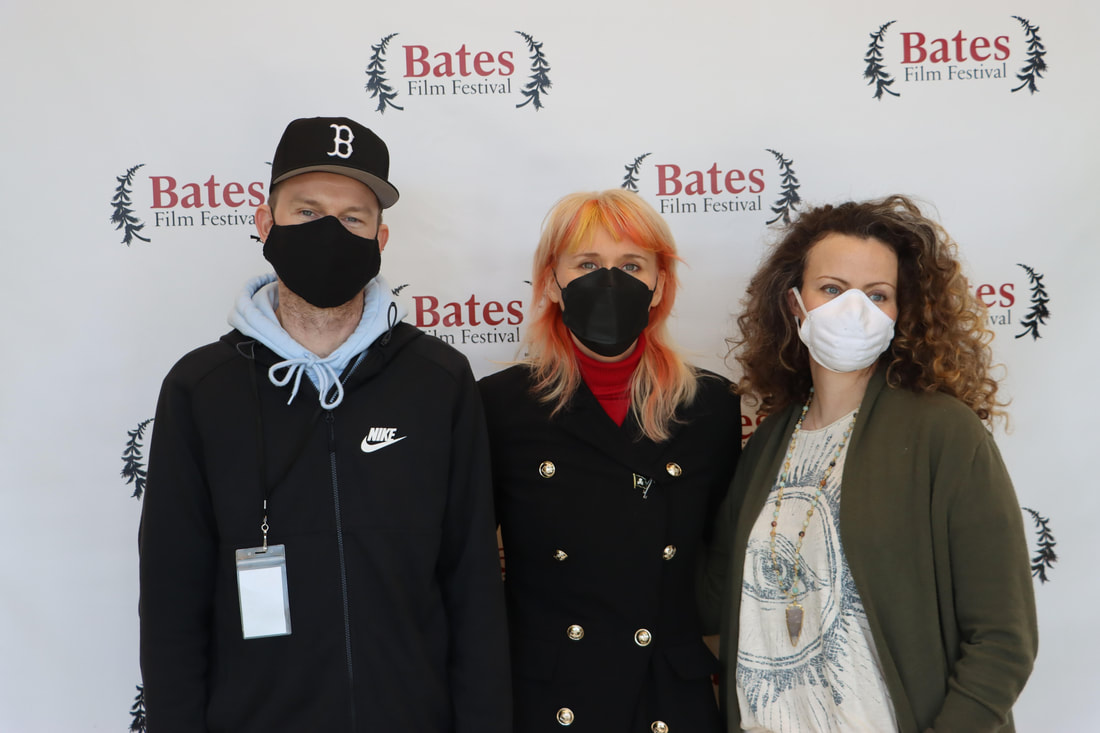 Erik Moody (actor), Erin Enberg (writer/director), and Erika J. Wilson (Actor) at the Bates College Film Festival, one of the only fests that had in-person screenings.