A vampire moves to the city to follow his dreams of becoming a poet -
with the help of a vampire hunter posing as a real estate agent.

The Poet Trailer from Erin Enberg on Vimeo. 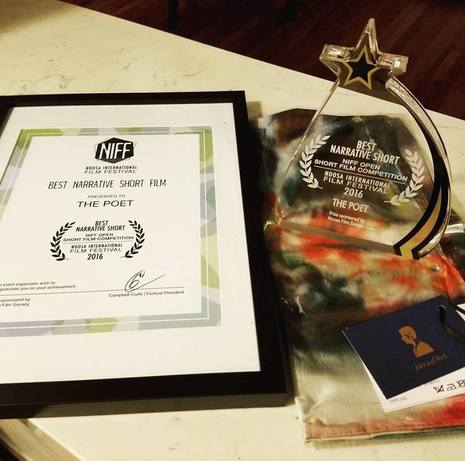 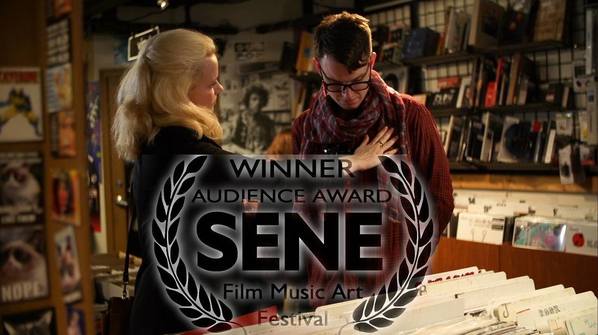 The Poet is a short film, based on a longer script I wrote called Rock N' Roll & the Immortal Soul. The film was initially made for the invite-only event 'Damnationland,' a showcase of 'dark films' that premiered at the State Theater in Portland, Maine to 800 people and then played in various theaters for the Halloween season.

Although that event promotes 'dark films' I set out from the beginning to stay true to my vision of the film being "light, beautiful and sweet"--and it just happens to be about a vampire.

​
​This was the first time I had ever done a Kickstarter campaign. We became a Kickstarter Staff Pick, and successfully raised $4500 with 106 backers. This was an enormous boost to the production, as my vision for this story involved many different locations in Portland and elsewhere, an hour and a half away.

​The wardrobe was also extensive, mostly for Erik Moody's character Drake. You can see some of his various outfits and the color scheme I tried to utilize throughout the film. Erika J. Wilson's character, Jennifer Herald, had a much more subdued color palette until the end according to her character's emotions. Crickett Cote and Jenny Anastasoff helped fulfill this vision, along with the Maine State Music Theater's costume collection.
​Red was a major color I wanted throughout the film, as you can see in Drake's wardrobe, but also in the set design. My influences stylistically and emotionally were American Beauty, Velvet Goldmine, Little Miss Sunshine, Nosferatu (original and the Werner Herzog version), The Royal Tennenbaums, Moonrise Kingdom and Dracula. Gretchen Petrone who did set design and Mark Hensley, the Director of Photography, captured my vision perfectly. I had worked with Gretchen before on Arabel so we have a great working relationship. Mark Hensley's cinematography style was exactly what I wanted for my story and he was absolutely fantastic to work with.
Music was also a big part of the film. In the longer version, Drake wants to be a musician and in 2010, I did a live, staged reading of the full screenplay at SPACE Gallery in Portland, ME (you can see more about that here). I asked local musicians to either contribute one of their songs or write a new one for my story. Dominic Lavoie wrote the song City Mouse and it became a central part of this film. His other song 'Van Dyke Brown' with the band ShaShaSha became the cast and crew's theme song as I played it so many times during that scene we couldn't stop listening to it later (and have vowed to make a music video for it).
Check out more stills and behind-the-scenes below! 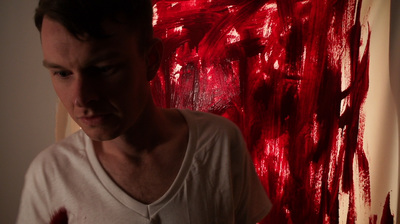 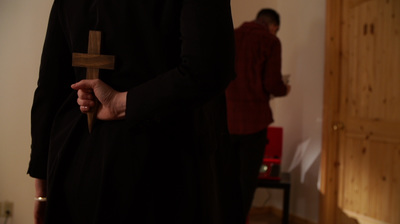 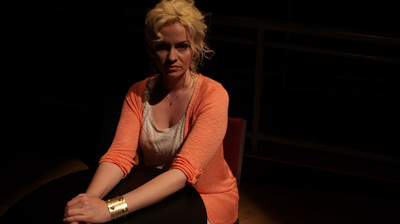 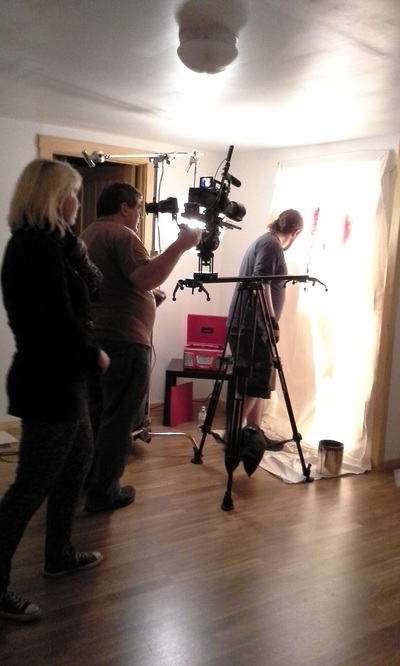 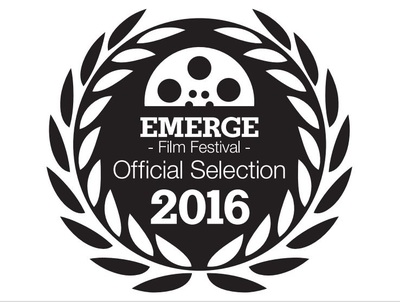 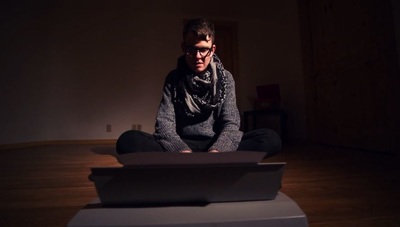 “Song in the Sunshine”
Written and performed by Zach Jones
www.zachjonestunes.com

“Some Other Day”
Written and performed by Zach Jones
www.zachjonestunes.com

This film was made possible by the following people:

Filmed in Casco & Greenwood, Maine
and in Portland, Maine at:

This film is dedicated to David Enberg